Email Me When Available We will inform you when the product arrives in stock. Just leave your valid email address below.
November 16, 2017David Stark

Silencers are subject to the laws of physics and fluid dynamics just like everything else. Hiram Maxim’s original firearm silencer did a terrific job at reducing the jarring impulse noise of rapidly expanding propellant gasses entering the atmospher. How? His silencer slowed the propellant gas down to the point where the gas did not enter the surrounding atmosphere all at once. This same principle exists today with modern silencers. Modern silencers, like Maxim’s original silencer, are essentially still hollow tubes with chambers constructed as baffles or monocores. Most modern suppressor have blast chambers – the area where propellant gasses enter first after leaving the barrel. Being that blast chambers are hollow they are filled with air in a dormant state. The oxygen content of air is approximately 21%, and when this air contained within the blast chamber and the rest of the silencer comes into contact with hot propellant gasses the oxygen content acts as an oxidizer and can create an audible and visible reaction. The audible reaction is called First Round Pop (FRP) and the visible reaction manifests as a flash outside of the silencer and is called First Round Flash (FRF)

Most all suppressors experience the effects of FRP to varying degrees. However suppressor designs that incorporate baffle designs rather than monocore designs tend to exhibit less FRP. Additionally suppressors with larger blast chambers will tend to have louder FRP as the greater internal volume allows for more air. FRP matters because often times when silencers are use one shot needs to be taken. If silencers are used primarily to reduce sound and muzzle flash then measures can be taken to make them as effective as possible.

Some steps to mitigate FRP include:

PopStop interfaces between barrel and suppressor and utilizes a valve that allows for an injection of inert carbon dioxide into the suppressor via commonly available carbon dioxide cartridges and handheld tire inflators. The result is a suppressor purged of oxidation gas (oxygen) and replaced with an inert gas (carbon dioxide). We’ve tested the effects of PopStop lasting up to five minutes with a one second injection. The effects can last even longer if a condom (or similar) is used to seal the end of the suppressor post-injection.

Using a calibrated Larson Davis LxT-1 sound impulse meter our testing yielded a reduction of up to 9 dB by utilizing PopStop. Additionally, PopStop eliminates suppressor flash associated with FRP and can act to cool down the suppressor which helps reduce the POI (Point of Impact) shift commonly observed with certain suppressors. 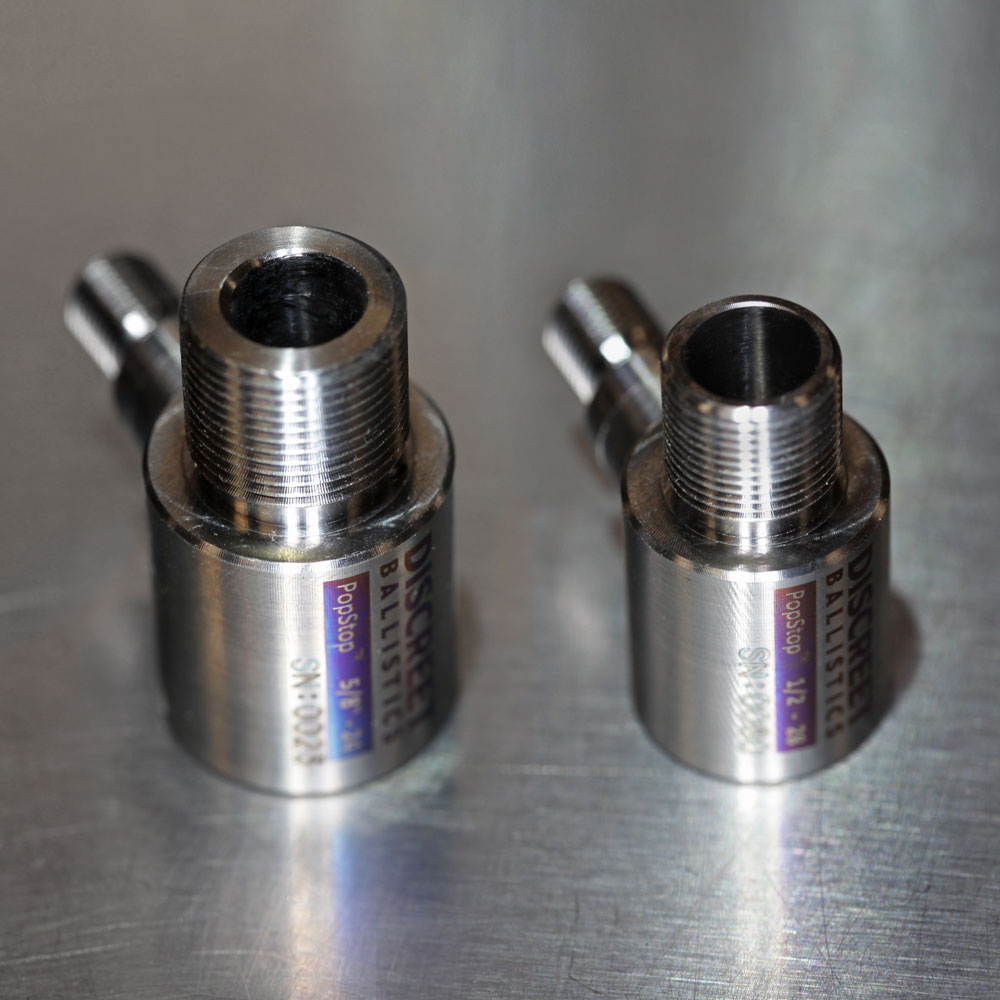 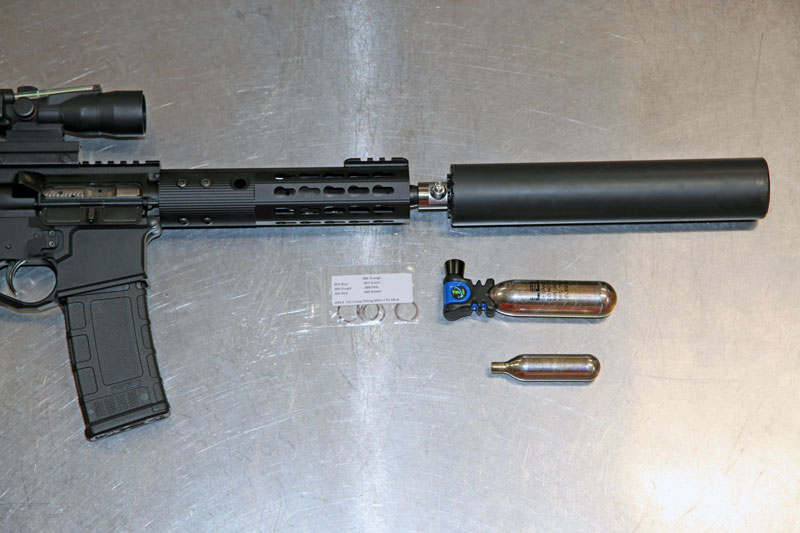 PopStop is available here in either 1/2-28 or 5/8-24 and comes included with a CO2 inflator, cartridges, condom, and color coded shim kit.